Welcome to the introduction of my diary.

The older I get, the more interesting I find life to be. We are all born into a world where everyone thinks that their life is going to turn out the way they planned it or how they might have seen it going. We are all guilty of being easily influenced by that mindset, I know I am.

I remember having those expectations of how I wanted my life to be by the time I was eighteen, twenty-one, twenty-two, twenty-three, and so on. Hell, I’ll admit it…shit I still have some expectations of how I would like my life to turn out by the time I am thirty! Well…that’s five damn years from now! I’m twenty-five years old, I hold a Bachelor’s Degree in Communications and Master’s Degree in Strategic Communications, and right now I am a stay at home military wife who writes her own blog.

For a minute, I frowned upon that, I despised it, and hated it with a passion. I especially hated the idea of allowing a man to take care of me and bring home the money. Basically, I’m used to having some kind of independence. However, recently I have come to terms that maybe this is what God wants for me right now. I used to think that being a career woman was always such a priority. It drove me crazy, and bitch I do mean crazy, to always run after the next opportunity. While some may think that me being married at such a young age is a bad idea, quite frankly, I think it is the best decision I could have ever made. While I do believe in the idea of becoming a woman before you can become a wife, I think I actually did the complete opposite of that, as I am becoming a woman while being a wife.

I have the military life to thank for that. When you are married to a man who always has to go when duty calls, you have no choice but to put your big girl panties on and ride the wave. I am often surprised at how fast I have to woman up when I am  left to figure it all out by myself. When I am left to handle shit and keep shit in order, including my sanity. I can’t count on one hand how many times I have cried already just from always dealing with feeling of being alone, coming home to an empty apartment after a bad work day, waking up the next morning finding out that a bill wasn’t properly paid, or maybe walking out of my door and finding out that my car got towed and having to figure out where the fuck it was towed! No really, that shit happened to me! The hell that I had to go through to figure that shit out, without any guidance or help…as a matter a fact I am most certain I had a migraine for about two days after that.

There was even a time where I had gone into work and my boss told me that she is going to lay me off, and that my last day will be one week from that morning I walked into work. I also had another job, that I truly enjoyed, in which a similar situation happened. Except this boss fired me right on the spot! Had my check ready for me right as I walked through those doors. I was devastated, embarrassed, and full of so much anger and animosity. I have never felt so defeated in my life. Anyway, after a while as a military spouse, you really just can’t tell the difference between the tears of loneliness from the tears of frustration from the challenges that you face alone everyday. The shit is hard. What makes it even harder is that you have no one that you can run to for a hug, a shoulder to cry on, or a get simple kiss on the forehead to make the subtle pain go away. 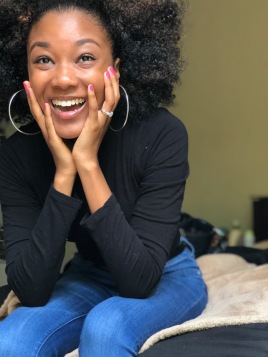 Most of all, I have become the woman that I am because my faith and ambition within myself grows stronger everyday, and I believe that this is God’s plan and perception of who I am and who He wants me to be! I did not choose this life, He chose it for me because He knew I could handle it. He chose this life for me, because I was traveling on a path that He did not see fit for me as a young woman. So this is only the beginning of my story. This is me being as transparent as I can be, so you can really see who I am. My story is for you, the other military wife reading this. My heart is your heart, my tears are your tears, and my emotional fatigue is your emotional fatigue. My diary is your diary, and this is only the beginning. Welcome, to The Diary of a Military Wife. 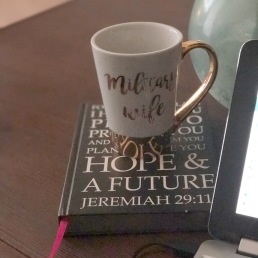 One Reply to “Prelude to the Diary of a Military Wife”